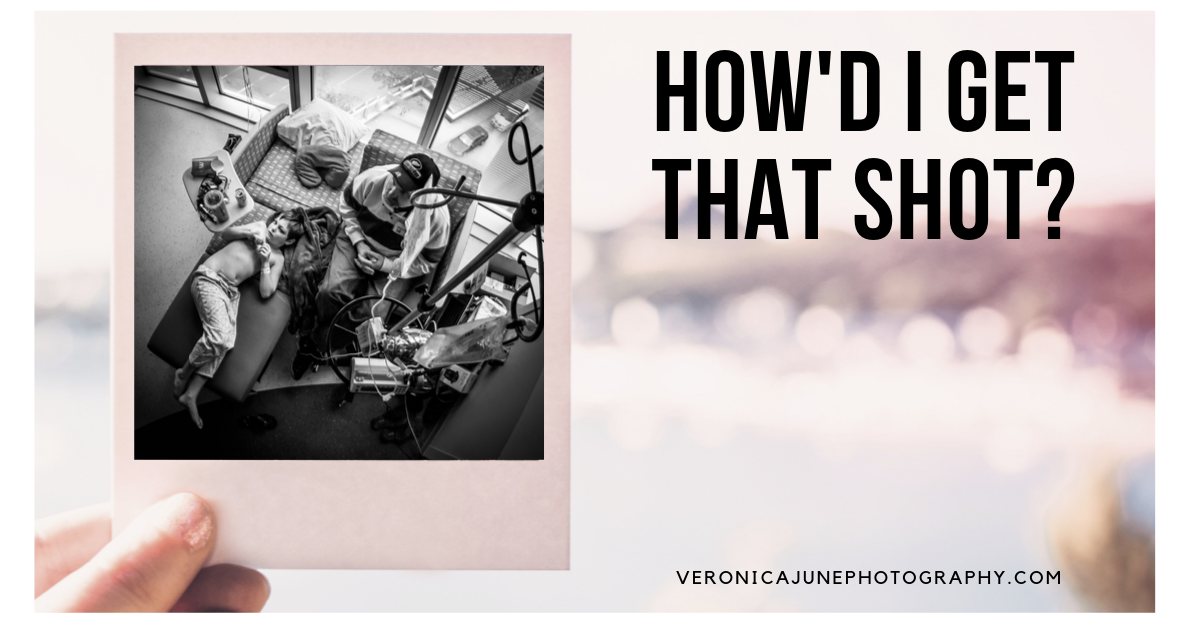 We may have been compensated through an experience or products from the links and companies mentioned in this post. Thank you for supporting my small business. Please see my disclaimer for more info.

How Did I Get That Shot?

Every now and then I see an amazing photo and wonder what the photographer was thinking when she captured the image.  Sometimes I play the game, “How’d She Get That Shot?” and do my best guessing.  It’s a fun exercise, and even more fun when you can play it with another photographer.  Together you can brainstorm what the settings were, where the photographer stood to get that angle, even what kind of editing was applied.

After I’ve brainstormed my way through an image, I have fun trying to re-create it.  Sometimes I do it with great success.  Sometimes I fail miserably.  But I always learn something either way.

On those times when I fail, I sometimes wish I could reach through the image and ask the artist all about their process in capturing that moment.

Now it’s my turn to share an image that has garnered some attention and share all of my secrets.  Which, aren’t, in fact, secrets, because the world would be a better place if we would all share our knowledge, right?

Anyway – before I get to the real stuff, I’ll give you some context.  In 2017, my son had a cold that ended up almost killing him.  The long story made short is that his cold turned into a sinus infection, the sinus infection escaped his sinus and festered behind his left eye then moved into his bloodstream.  Fortunately, we were not too late in getting him to The Helen DeVos Children’s Hospital, where he had emergency surgery and then stayed for over 3 weeks while they treated him with massive amounts of antibiotics for the Strep in his bloodstream.

Camera Gear in the hospital?

I had been on a photography weekend with some friends when all of this took place, so when I made my mad rush to the hospital, I had all my camera gear in the car.  Two days later, Tucker had been admitted and had made it through the initial surgery to drain his infected eye area.  When we found out that we’d be there for a while to receive IV meds, I had my big boys (teenage sons) go find my car and deliver my gear to our room where it was safe.  Over the next few weeks, while I stayed in the hospital, using my camera became a stress-relief for me.

Toward the end of his stay, we were weary of being there and a little homesick, of course.  My husband was coming to spend time with us between holding down his job and taking care of the homefront.  This was taken on a Saturday morning while we watched The Lion King on the hospital tv.

I was tired of taking photos in the same room at the same angle of my kiddo in the hospital bed.  When he flopped on the fold-out bed that I had called home for the past few weeks, I grabbed my camera.  With the bright light behind both he and dad, there was a strong silhouette effect happening, so I knew I needed a different angle.

I grabbed my tripod, mounted the camera, and adjusted the fully articulating screen to an angle that I could see from below.  When I first set the tripod up, I couldn’t get it high enough to get the angle I wanted, so I just extended the legs and held it up.  Since I couldn’t reach the shutter while holding the camera up near the ceiling, I attached my corded remote shutter and hooked it up.

Once I held the camera up, I could shoot almost straight down on the boys.  I had told Tucker to ignore me, but I think he was pretty curious about what I was doing when I lifted that camera up in a strange new way, so this shot was captured just as he peeked up into the lens.

Of course, I took several shots to tweak the setup.  Always take multiples.  It’s one of my favorite parts of shooting in digital.

You can see in the SOOC image above how I am holding the tripod up to get the full view.

Once I opened the file in Lightroom,  I made a few adjustments.

First, I chose a square composition because it worked well with the angles in the shot.  You can see here how tilting the image a bit tells the eye where to go and follows the Golden Ratio guidelines.  Your eye starts at the top left where it’s bright, then travels to the tray of food, down the kiddo’s body, over to the IV pole and ends on dad’s head where it easily shifts back to kiddo’s head and starts the loop over again.

Next, I decided that the black and white edit gave the photo a much more editorial look, which fit the subject matter.  If you’re looking for a definition for editorial photography, HERE is a great place to start.

Finally, I wanted details to pop.  This was a soft moment in a time full of hard memories, so it deserved a hard edit.  In order to accomplish that, I raised the texture and the clarity, and opened up the shadows.  You can see the tweaks I made here.

It took me a couple of years to be ready, but I finally entered this shot in the Shoot and Share Photo Contest in 2019, almost 2 years after it was taken, and it made it to the top 100 in it’s category of Passion Portraits.  You can see it and so many other inspiring portraits at Shoot & Share’s Website.  I think it is one of my favorites.  Not just because it won an award, but because it really tells the story of that very hard time in our lives.